There's an upcoming release of UBUNTU, which is an alternative operating system to Windows that I run on both my laptop and PLAYSTATION3. I currently use 8.10 (Intrepid Ibex) but the new version 9.04 (Jaunty Jackalope) is due for release very shortly:


I've already installed the upgrade by using the development version and it's rock solid. I'm currently upgrading the PLAYSTATION3 as I write.

As an alternative to the world of Windows, I thoroughly recommend it. It's free, it's open source and thoroughly reliable. Hasn't crashed on me once in 18 months of use.

I've had reason to ring ANTEL recently, even though I don't speak Spanish - such was my frustration.

They charge me 35 GBP a month for a pony service. That's for a 2Mbps connection.

Here's a list of my recent results from Speedtest.net:

I suppose I should just be thankful I don't have to rely on it for work purposes. ANTEL are a bunch of thieves and it's money for old rope. 3 times the cost, and 10 times slower, and that's when it's supposed to be running at full tilt - which I hasten to add never happens, unless you just happen to be downloading from a site somewhere in Uruguay.

Interestingly, when I phoned them, they said they don't guarantee times/speeds outside of Uruguay. Well that's complete nonsense - do they think the internet doesn't exist outside of Uruguay? Idiots, the lot of them.

I found this whilst recently browsing the 'interweb' so I'll share it with you, if you fancy the idea of reading up about my home town of Wallington, Surrey:

I found out from this excerpt that my road (Clarendon Road) used to be called Cathcart of all things! 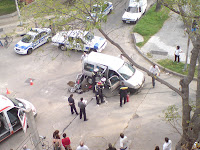 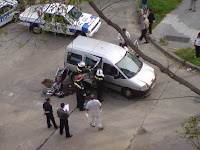 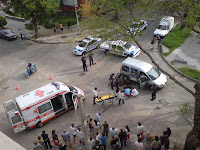 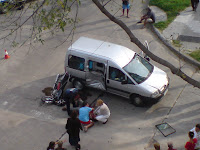 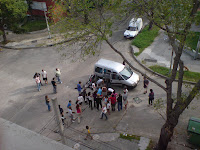 I got this error after installing the Ubuntu 8.10 Intrepid Ibex and then the dreaded Vista.

The error usually happens because Linux and your BIOS detect your hard disks in different orders. GRUB tries to translate between the two using the device.map file in /boot/grub/device.map, which is automatically generated. Chances are, it guessed wrong.

In my case, I have three SATA hard disks.

To fix it, you have to teach GRUB which order the BIOS uses. To do this, follow these steps:

which told GRUB that sdc was really the second hard drive, not the third.

You need to change references from (hd2,0) to (hd1,0), or whatever your Linux boot drive was autodetected as to whatever it is according to your BIOS.

If you get this step wrong, you'll see an error message something like:
Error 17: Cannot mount selected partition

meaning it's looking for a Linux file system on that partition, but it can't find one (because the drive device number is wrong in menu.lst).

Complete respect to the Ubuntu forums and Mikel Ward, from Melbourne in Australia in particular. Excellent detailed post.
Posted by John G at 21:04 No comments: